Exxon Mobil Corp.’s (XOM) performance over the past year has been disappointing. While losses in early 2019 were minor and in line with the S&P 500, as of April 3, 2020, Exxon Mobil had decreased approximately 43.8% in comparison to the S&P’s loss of about 23% this year.

Shares of the oil and natural gas company have fallen dramatically this year due to the sharp drop in crude oil prices, as tensions between Saudi Arabia and Russia escalate. But still, the shares have also seen interest decline as investors turn towards more environmentally friendly companies. It could be one reason why the stock slipped on the WhaleWisdom Heatmap in the fourth quarter. 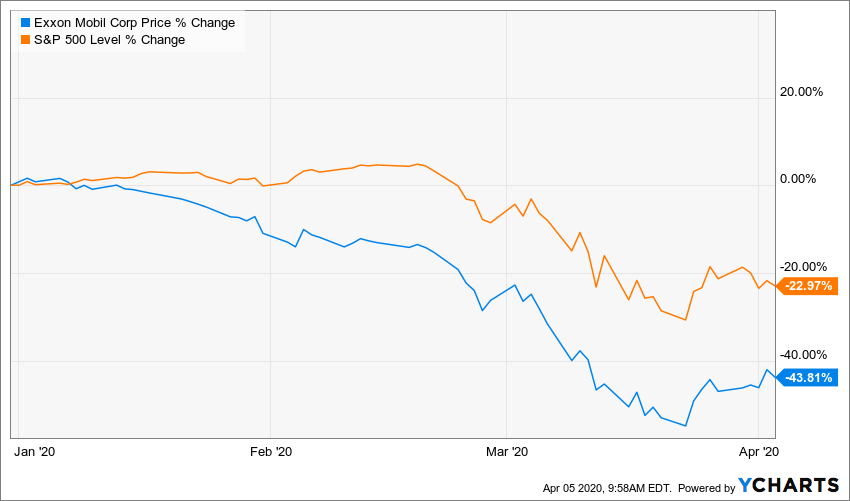 Exxon Mobil fell on the WhaleWisdom Heatmap to 294 from 13 in the previous quarter. Institutions overall were selling the stock, with the number of aggregate 13F shares decreasing by 0.58% as of December 31, 2019. Turning to hedge fund activity, 108 added to an existing position as 183 reduced their holdings. 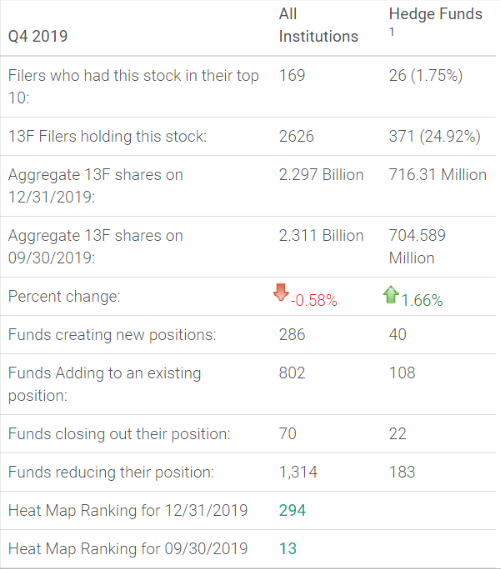 There’s an expectation by many investment firms and analysts that Exxon Mobil’s business will be understandably challenged this year. RBC Wealth Management downgraded the stock to Underperform from Sector Perform last month, reducing its price target to $40 from $55. Additionally, cash flow and leverage measures have fallen below S&P Global’s expectations, resulting in its credit rating, falling to AA from AA+. However, despite a bearish outlook for Exxon Mobil, the stock has rallied some in recent days as expectations of the price war for oil eases.

Overall, the average analysts’ price target on the stock has fallen in recent weeks to $45.65, which is roughly 16.4% higher than the stock’s price on April 4. Still, 15 of the 23 analysts rate the shares a hold. 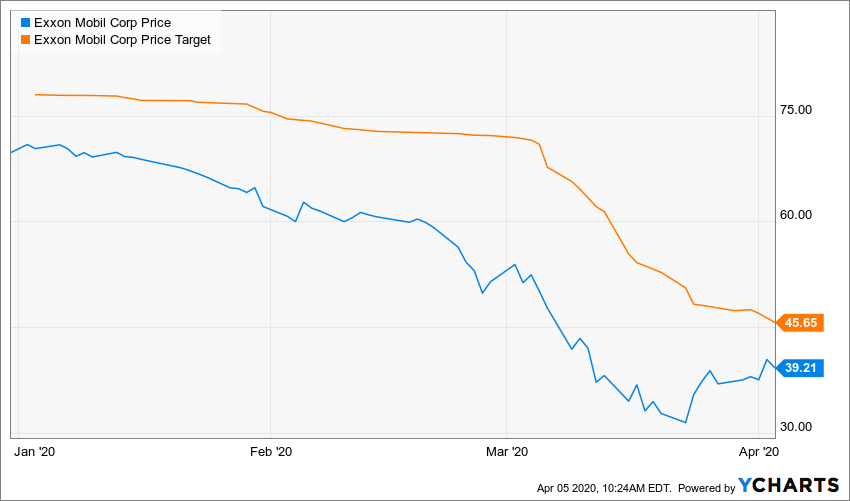 Institutions and hedge funds are moving away from the stock due to a weak and uncertain outlook. However, as most investors are also consumers of Exxon Mobil’s products, they may feel conflicted, as if they’re part of the awkward dance. While falling oil and gas prices may be useful for the consumer, they’re bad for the investor. However, patient investors with a long-enough time frame may stand to benefit, as a few bruised toes may be worth it for the potential long-term dance.