Alphabet, Inc. (GOOGL) continues to ride the wave of market volatility, and the company narrowly outperformed the S&P 500 with a loss of almost 1.0% compared to the S&P’s loss of about 1.9% over the past year. Hedge funds sold as Alphabet continued to lose momentum, though the stock rose on the WhaleWisdom HeatMap to a rank of ten from twenty-four.

Alphabet is a technology conglomerate holding company that operates through Google and Other Bets segments. The company was created through a restructuring of Google in 2015, becoming the parent company of Google and its subsidiaries. The restructuring allowed Alphabet to expand into other business areas beyond Google’s internet search and advertising, helping to grow income and make its business more diversified and resilient to market volatility. Since the restructuring into Alphabet, the company has acquired and operated various subsidiaries, broadening its revenue stream across different industries such as healthcare, life sciences, and robotics.

Hedge Funds adjusted their portfolios in the fourth quarter, and the aggregate 13F shares held decreased to approximately $49.9 million from $50.3 million, a slide of about 0.8%. Overall, 68 hedge funds created new positions, 252 added to an existing holding, 32 exited, and 260 reduced their stakes. In contrast, institutions increased their holdings by about 3.0% to $234.2 million from $227.3 million. 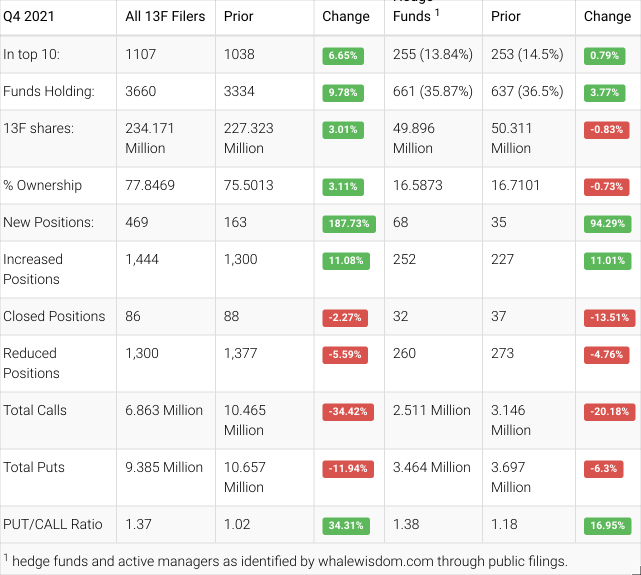 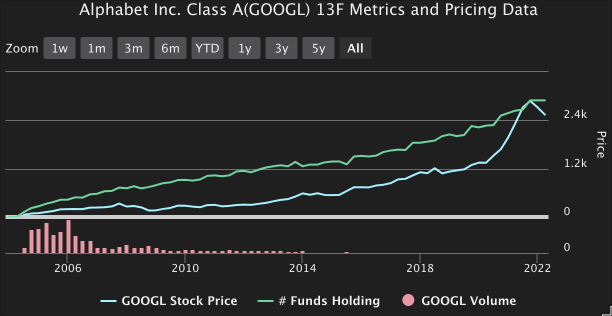 After Alphabet posted first-quarter results, many analysts reacted to missed earnings estimates by lowering price targets. When reporting first-quarter results, Alphabet also shared that it would increase its buyback program to $70 billion with continued investment in YouTube. The advertising market has been weaker, negatively impacting Alphabet’s Google segment, specifically YouTube.

Alphabet has a good history of growth and a strong presence in the tech sector. Though hedge funds were selling shares amidst market pullback, Alphabet outperformed the S&P 500. New investors may see lost momentum and be hesitant to acquire shares. However, lowered stock prices may also motivate acquiring shares, given optimistic future earnings estimates and Alphabet’s potential for long-term growth.