Apple Declines Amid Fears of a Global Pandemic

In two months, the stock has taken a turn lower due to increasing fears of the Coronavirus’s potential economic impact, falling 16% since its peak on February 12.  Apple’s value saw a decrease of about 6.9% overall from January to the end of February 2020, slightly better than the S&P 500’s decline of approximately 8.5%.  Institutions were dumping Apple in the fourth quarter, ahead of the general market sell-off and taking advantage of the stocks massive 2019 gains. 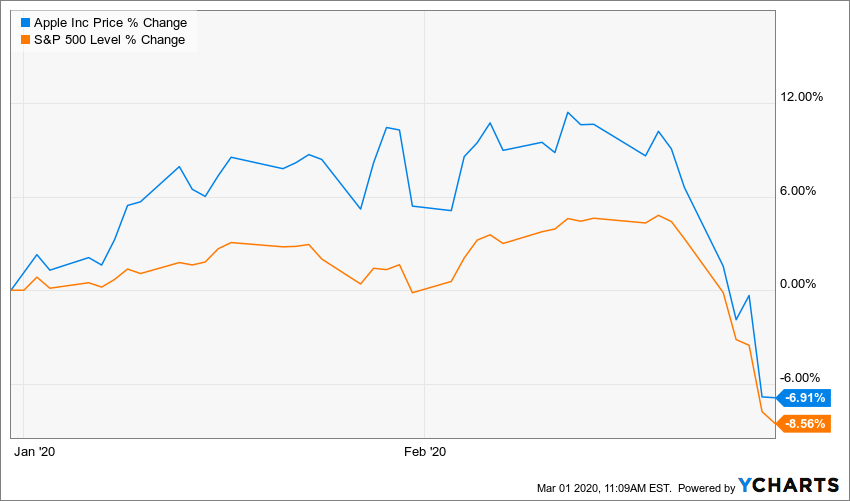 Institutions were selling Apple at a pace of more than two to one in the fourth quarter.  The stock fell on the WhaleWisdom Heatmap to 130 from 9, with aggregate 13F shares decreasing by approximately 2% as of December 31, 2019, to roughly 2.57 billion shares from about 2.63 billion shares three months earlier. The steep selloff may have been due to Apple’s high price to earnings ratio on a historical basis. 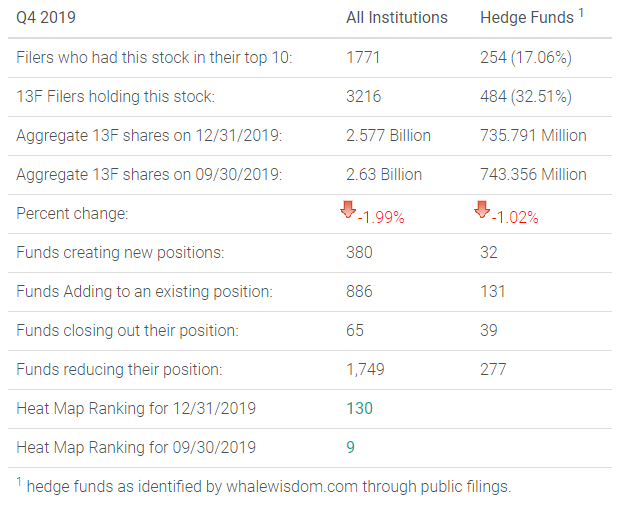 The number of hedge funds in the equity also fell, with their total 13F shares decreasing by approximately 1.0% to 735.8 million, from 743.4 million.  Overall there were, 32 hedge funds that created new positions, 131 adding to an existing position, 39 which sold out, and 277 which reduced their positions.

One reason why the stock may have taken a dive is its extremely high valuation.  Apple’s stock reached its highest levels in a year, climbing to a one-year forward PE ratio of nearly 22, higher than its historical range of 11 to 16. 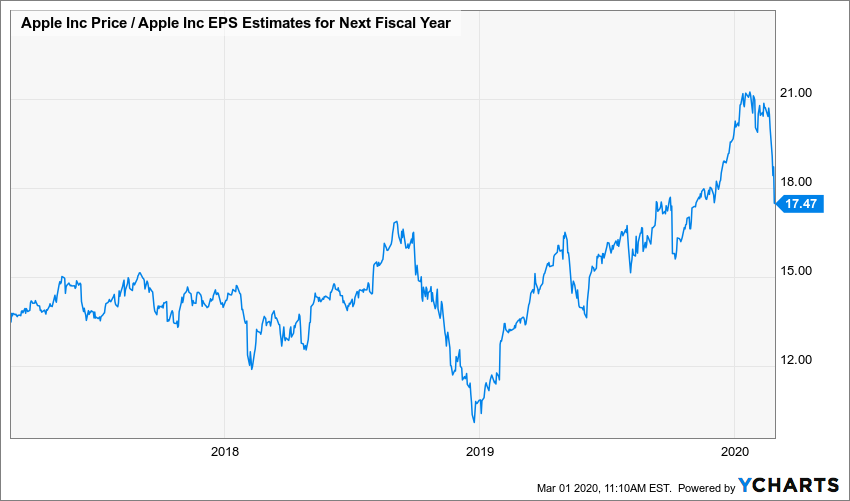 A Rocky Road Paved with Optimism

These estimates are an improvement from prior ones on January 9, with sales predictions for 2020 up by approximately 1.7% and earnings up by $0.52.  Should fears surrounding the Coronavirus be overblown, there’s a strong possibility that the stock will rebound in the months ahead.