Funds and Analysts Have Become More Bullish on Etsy

Etsy Inc. (ETSY) has risen by just over 19.3% in 2019, slightly ahead of the S&P 500’s gain of 17.8%. But the stock fell sharply in the second quarter, after reporting better than expected earnings on weaker than forecast revenue. It appears that the pullback in the equity was used as an opportunity by hedge funds to pick up the stock.

The was stock was also added to the WhaleWisdom WhaleIndex 100 on August 15, following the hedge fund activity in the second quarter. But more recently, the analyst community has become very positive on the stock.

During the second quarter, the total number of 13F shares increased by almost 12% to about 26.1 million shares. Overall, 21 funds created a new position in the stock, while 17 increased their positions. Meanwhile, nine funds closed their holdings as 20 reduced them. However, despite the optimism among hedge funds, the total number of 13F held by all institutions fell by over 3% to 111.26 million. 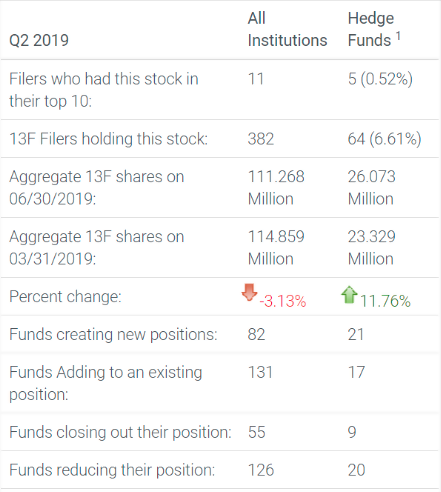 The stock’s struggles have continued in the weeks following the conclusion of the second quarter, with shares falling by roughly 8% through September 30. The lower price has resulted in the analyst community growing more bullish on the equity.

The average analysts’ price target on the stock has increased to $76.20, which is roughly 34.3% higher than the stock’s current price of $56.75 on October 4. The current price is about 2.7% higher than average price target of $74.23 on July 1. Also, the number of analysts rating the stock a buy or outperform has increased to 14 from 9 over that time. Additionally, the number of analysts rating the stock as a hold as dropped to 2 from 6. There are currently no analysts that rate the shares an underperform or sell, which remains unchanged. 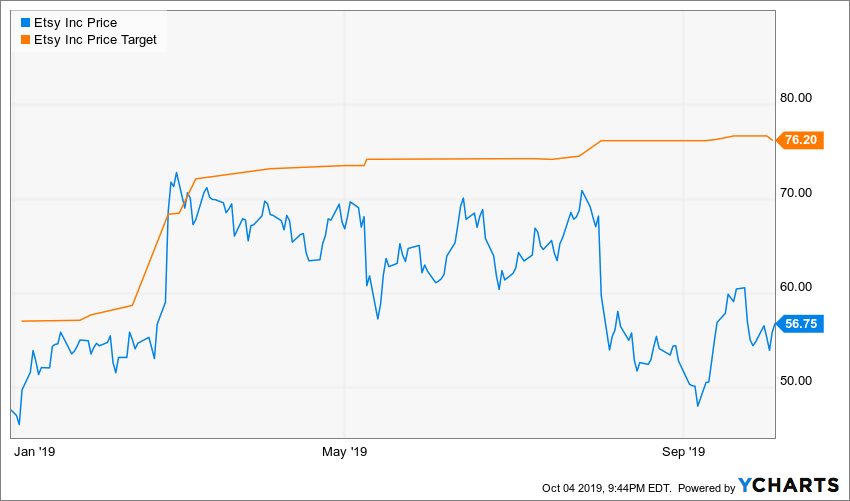 Reasons to be Optimistic

One reason why investors and analysts may be getting more bullish is that the company has recently launched free shipping on purchases of more than $35 from the same merchant.  Additionally, the company agreed to purchase Reverb Holdings for $275 million in July. Reverb is an online marketplace for new, used and vintage musical gear.

Etsy’s shares have bounced back some since the beginning of September. When updated holdings start coming out in November, it should reveal if hedge fund investors were still buying the stock during the third quarter pullback, or if they were selling as the analyst community became more bullish.