The Boeing Co.’s (BA) good fortune at the start of 2019 has vanished after the grounding of its 737-MAX jets, following two crashes at the beginning of the year. Amazingly, despite the company’s major headline risk and even the pulling of its full-year guidance, the stock has remained relatively strong. However, that may all be about to change.

The stock fell to number 79 on the WhaleWisdom Heatmap in the second quarter, down from 26 in the first quarter. The heat map tracks the activity of the top 150 hedge funds as determined by the WhaleWisdom WhaleScore calculation.

Moving Down the Ranks

At the end of the second-quarter, 24 of these top 150 hedge funds held Boeing’s stock in their portfolio. The number of these funds increased from 18 in the first quarter. However, the number of these funds with the stock among their top 10 holdings fell to 4 during the second quarter from 6 in the first quarter. Additionally, the average position for the stock within these hedge fund portfolios fell to 61 from 42, a sign that most of the funds overall were reducing their positions in the stock. 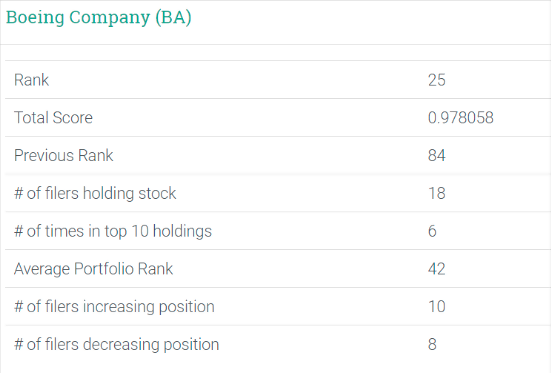 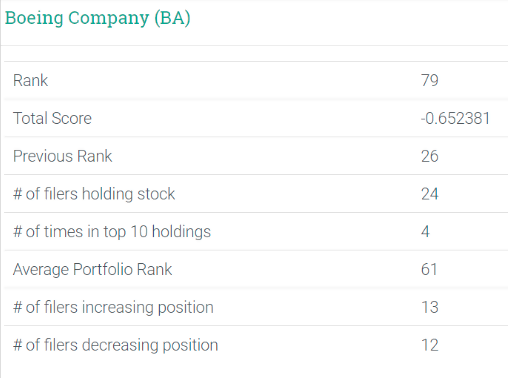 The Rest May Be Left Holding the Bag

Surprisingly, the rest of the hedge fund industry was busy buying shares of Boeing. During the second quarter, the number of total shares among all hedge funds increased by a shockingly high 12% to roughly 18.3 million shares. In total, 25 funds created new positions and 54 funds added to existing holdings. Also, 29 funds sold out of the stock while 67 reduced their positions. The increasing share count versus the greater amount of sellers than buyers, would seem to suggest that the funds buying the stock were taking on bigger positions. This is the complete opposite of actions taken by the typical funds that account for the Whale Wisdom Heatmap.

The financial outlook for Boeing has deteriorated. Just over the past 30 days, analysts have slashed earnings estimates for Boeing by 32.9%, and now see the company’s earnings plunging by almost 84% versus last year to $2.60 per share from $16.01 per share. Meanwhile, revenue is expected to decline by 18% in 2019 to $82.7 billion. 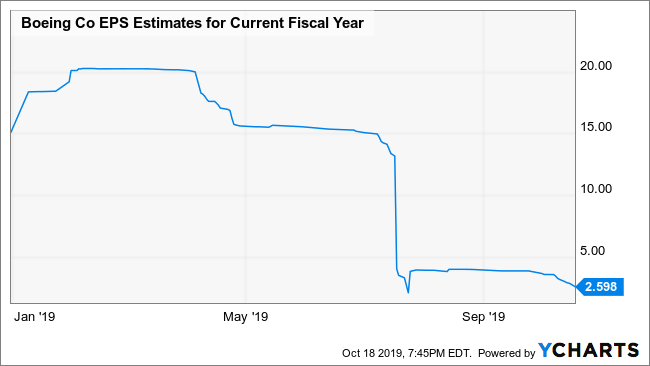 The big hope for investors seems to be the enormous backlog for the company of $474 billion. However, if that backlog starts to show any signs of deterioration, then perhaps the funds tracked by the heatmap had a good reason for their caution and will be proven correct.