Advanced Micro Devices Inc. (AMD) has been on a wild ride over the past year, with the stock rising by over 150%.  The big test for the company will come on April 30 when it reports first quarter results. It follows disappointing guidance from Intel Corp. (INTC), which is seeing weakness in some of its end markets.

Shareholders of AMD appear to be resilient, with several institutions increasing their holdings during the fourth quarter stock market downturn. It may mean that even if AMD posts weak results, the stock may not stay down for long. 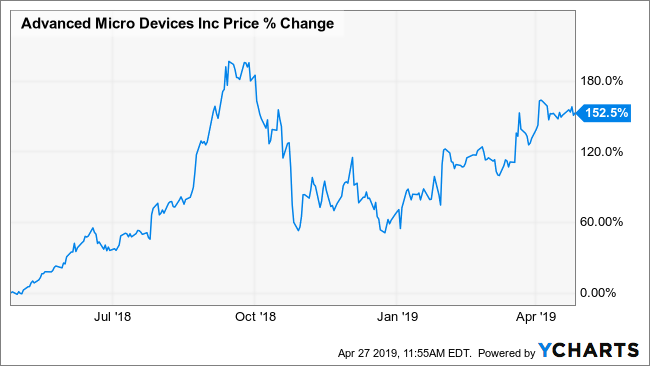 During the fourth quarter, the total number of 13F shares held by institutions increased by 8% up to 636 million from 590 million in the third quarter. Additionally, there were a total of 113 institutions that created new positions, while 232 added to existing ones. Meanwhile, just 172 institutions reduced their holdings, while 111 liquidated. 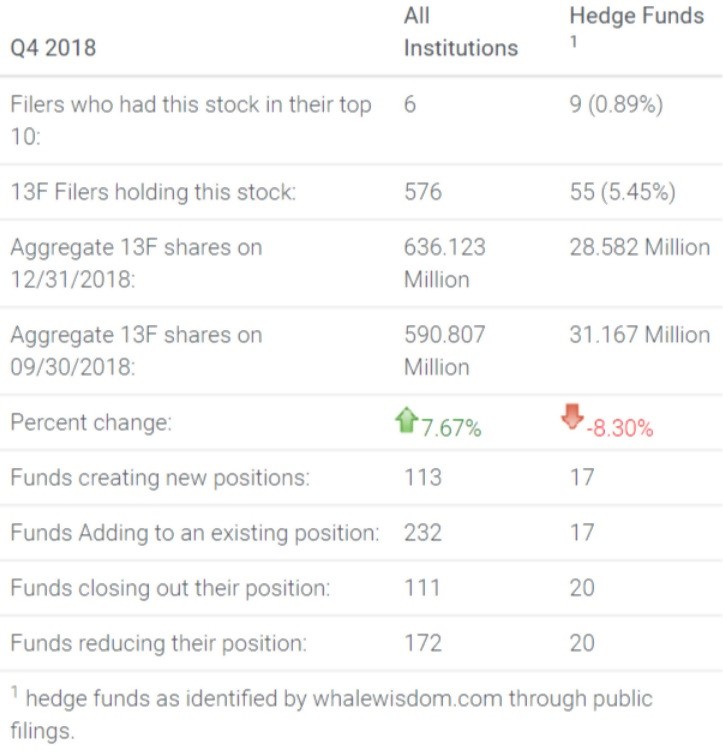 Since the beginning of the year, AMD’s stock has risen by 51%. Weak earnings results may provide institutions the opportunity to scoop up the shares at lower prices as they did in the fourth quarter when the economic environment appeared to be deteriorating. The last round of economic data from the US and China would suggest that is not the case.

Intel did note that data center business was experiencing a slowdown during its first quarter conference call, which may also weigh on AMD’s results. However, it could also mean that AMD is capturing market share away from Intel. Either way, it seems there may be buyers waiting regardless of the news.

According to the data from Ycharts, analysts estimate that earnings for the chipmaker will drop 48% to just $0.06 per share. Meanwhile, revenue is forecast to decline by 23.6% to $1.26 billion.  The company has reasonable success topping earnings estimates but has often missed out on revenue expectations. 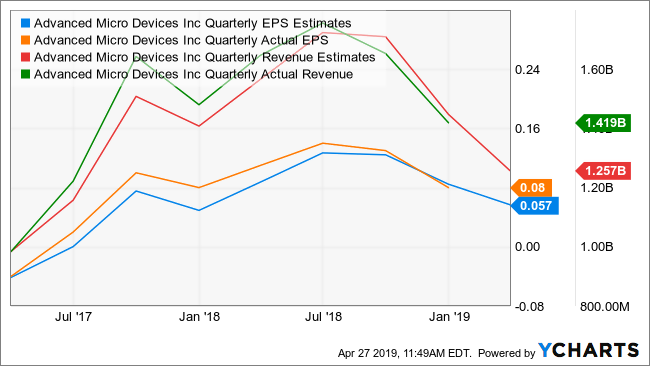 The options market is pricing in a massive amount of volatility for the stock following results. The long straddle options strategy suggests that the stock may rise or fall by as much as 14% by expiration on May 17 from the $28 strike price. It places the stock in an enormous trading range between $24 and $32, which would suggest that there is a tremendous amount of uncertainty surrounding the stock’s results.

Just how good or bad the results may be, it seems that there are plenty of investors willing to suck the stock up should it fall to the right price; at least that is what the heavy buying in the heat of the fourth quarter stock market sell-off would indicate.