International Business Machines Corp. (IBM) doesn’t seem like a stock that hedge funds would flock too. This is a company that has fallen by 20% over the past 5-years versus an S&P 500 that has risen by over 72%.

What is surprising is that smart money hedge funds where holding IBM during the second quarter of 2018. IBM remained on the WhaleWisdom Heatmap but fell to number 99 from 58. Since the second quarter ended the shares of IBM have risen by over 8% even beating the S&P 500’s gain of 7%. 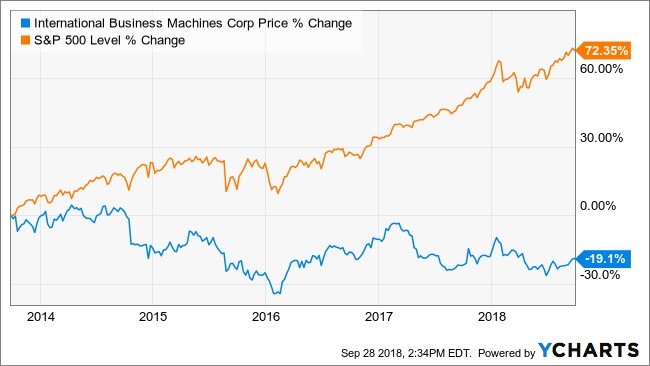 Where Is the Growth

One must wonder what it is this group of funds see in IBM. Analysts forecast IBM to deliver no earnings growth this year while estimating revenue to rise by just over 1%. What may be even more horrifying is that consensus estimates for 2019 are just as bad with earnings forecast to rise by 1.6% followed by 3% growth in 2020. Analysts forecast revenue growth to be non-existent through the year 2020 with a compounded annual growth rate of 0.5%.

The current earnings and revenue estimates are lower than at the start of the year. For example, analysts have lowered their 2020 earnings estimates by more than 2% since the middle of January. 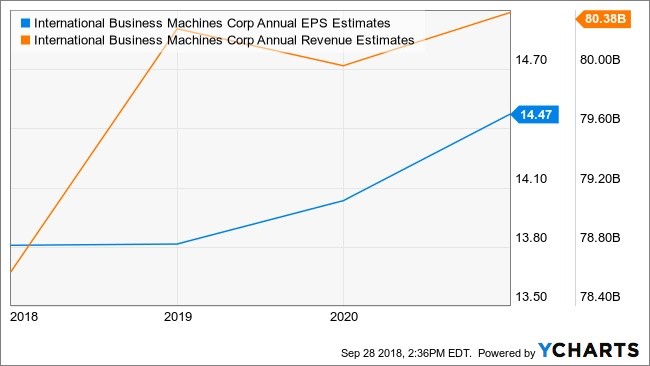 Analysts see shares rising to an average price target of $162.75 which is just 7% higher than the current stock price of around $151.20. That price target has fallen by over 4% since the start of the year.

Perhaps the smart money was making a short-term trade. There could be something other investors and analysts have yet to see.

Regardless shares of IBM have risen since the end of the second-quarters so one should give the funds credit when credit is due.