Institutional investors were buying the shares of Walt Disney Co. (DIS) at a very fast pace in the first quarter, well ahead of the big stock surge. Disney’s stock has increased by over 21% in 2019, easily ahead of the S&P 500’s gain of 13%. Disney’s big gains have followed an Investor Day in April, which revealed the company’s streaming media ambitions that are likely to propel the company’s future growth.

According to data compiled by WhaleWisdom, the number of investors buying the stock ahead of the investor’s event was at over 2.5 to 1. Disney was the number one stock added to portfolios with more than 500 filers. 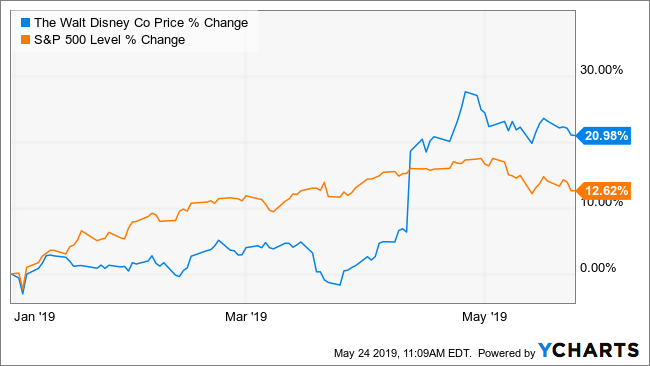 During the first quarter, 1,419 institutions added to their holdings of Disney while 246 created new ones. Meanwhile, just 540 institutions reduced their positions, while 87 sold out completely. The strong showing among investors placed Disney at seven on the WhaleWisdom Heat Map, up from 70 in the prior quarter.

Investors appeared to be piling into Disney ahead of its Investor Day on April 11. It was in that presentation that the company revealed for the first time its new Disney+ streaming application and the pricing for the service.

The company revealed it planned to price Disney+ at $69.99 per year for an annual subscription or a monthly rate of just $6.99. Additionally, the company noted that it expected to have 60 – 90 million subscribers by the end of the fiscal year 2024, with 1/3 coming from US subscribers and 2/3 from international. Also, Disney sees the streaming unit turning profitable by the year 2024. Further, it noted expectations for the number of Hulu subscribers to roughly double by the year 2024 to 40 – 60 million.

Since the event, the stock has jumped by over 13.6% to a new record high. Also, following the event in mid-May, Disney announced it would buy out Comcast Corp.’s 33% stake in Hulu, to become the sole owner of the company by the year 2024. However, as part of the deal, Disney would immediately take over full operational control of Hulu.

In what seems like an instance, Disney went from a company struggling to grow revenue and earnings with mounting subscriber losses at its ESPN unit, to a streaming media business. It has resulted in a positive stock reaction that has paid off for the investors jumping in ahead of the transformational shareholder event.