Investors Have Been Dumping Disney’s Stock

The Walt Disney Co.’s (DIS) stock is off to a strong start in 2020, after a less than inspiring performance in the third quarter of 2019.  Over the past year, Disney has consistently outperformed the S&P 500, as investors focused on Disney’s new streaming media product, Disney+.  The Disney+ product allows access to a vault of classic animated movies and television shows, in addition to current cable shows and company-owned films such as Star Wars.  As of January 31, the stock’s value rose by approximately 24.3% in comparison to the S&P 500’s gain of only 19.2% over the past year.

Investors will be watching Disney closely and anticipate fiscal first quarter 2020 results to be reported on February 4.

Falling Out of Favor

Disney’s stock has fallen out of favor with investors in the third quarter, with the shares failing to meet expectations and sinking on the WhaleWisdom Heatmap.  Hedge Funds and Institutions both decreased their holdings in the company during the quarter. 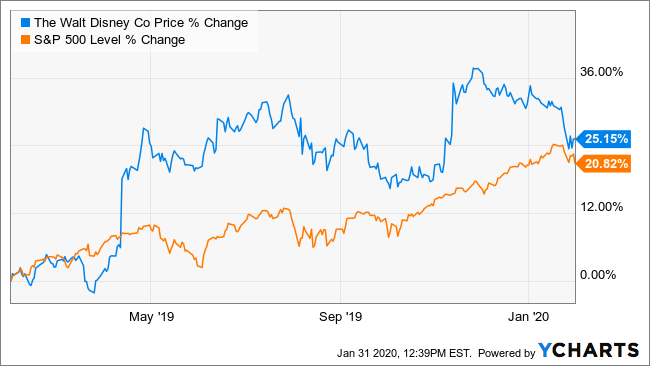 Disney had a disappointing drop to 119 from 32 on the WhaleWisdom Heatmap.  Hedge Funds decreased their positions in the third quarter to 60.9 million from 72.3 million, a drop of about 15.7%.  Of 31 hedge funds, 22 created new positions, 69 added to existing holdings, 26 exited, and 99 reduced their stakes.  Overall, institutions decreased their aggregate 13F holdings by almost 7.5%, to 1.1 billion from 1.2 billion, and this contributed to the change in the stock’s Heatmap ranking, along with the WhaleWisdom Whalescore.

Analysts’ consensus estimates for the upcoming first quarter show negative year over year growth of about -20.8% from 2019 to 2020.

Investors are excited to hear the latest subscriber metrics that Disney is anticipated to provide on February 4.  Morgan Stanley gave Disney a Buy rating and raised its price target on the stock to $170 after early reports of success for Disney+; this implies a 23% upside from the stock’s current price.  The Bank of America Corp. (BofA) also gives the stock a Buy rating with a price target of $168, implying a 21.5% upside.  Box office results have been very positive for Disney and theme park earnings are also anticipated to be healthy.  BofA expects $1.28 in EPS for Q1, up from $1.22.

Disney’s stock is expensive, trading at 22 times one-year forward earnings estimates.  If subscriber growth predictions should fall short, this could cause Disney’s stock to plunge. It means investors have big expectations for the new Disney+ and will be watching very closely to what the company reports.