Judgment Day Comes for AT&T and its Investors

AT&T Inc. (T) has been one of the most embattled stocks in recent memory. The big purchase of Time Warner, Inc. was supposed to help transform AT&T from a stodgy old wireless phone company, into a newly created media giant with a cutting edge direct-to-the-consumer strategy. Instead, the stock has been plagued by slow growth and cord-cutting from its DirecTV business unit, which has worried investors.

It is no wonder why investors were fleeing this stock at an alarming pace in the fourth quarter. The number of sellers outweighed the buyers by a ratio of nearly 1.5 to 1 as they rushed for the exit, based on data from WhaleWisdom. Judgment day comes on April 24, when AT&T reports first quarter results.

Analysts forecast no earnings growth when it reports results at $0.85 per share. Meanwhile, revenue is estimated to rise by about 18.5% to around $45.11 billion. The significant revenue growth is a result of the company’s acquisition of Time Warner.

Investors Rush for the Exit

Where is the Growth

Part of the problem that faces AT&T is that analysts forecast little to no earnings growth for this company over the next three years. Through the year 2021, estimates are for growth of just 3.5% to $3.64 from $3.52 in 2018.

The other major problem is that the market has re-rated the stock, valuing the company as a media company. As a result, the stock’s PE ratio for 2020 has fallen to 8.8. That is more in-line with media rivals CBS Corp. (CBS) and Viacom Inc. (VIA) and less like a phone company such as Verizon Communications, Inc. (VZ). 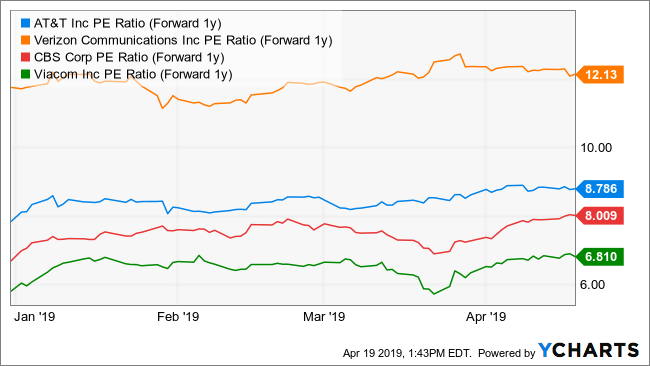 Additionally, there are concerns over the company’s DirecTV unit which has seen nearly 2 million, or about 10% of its subscribers, flee the service since the first quarter of 2017. The total number of subscribers has dropped to 19.2 million in the fourth quarter from 21.01 million. 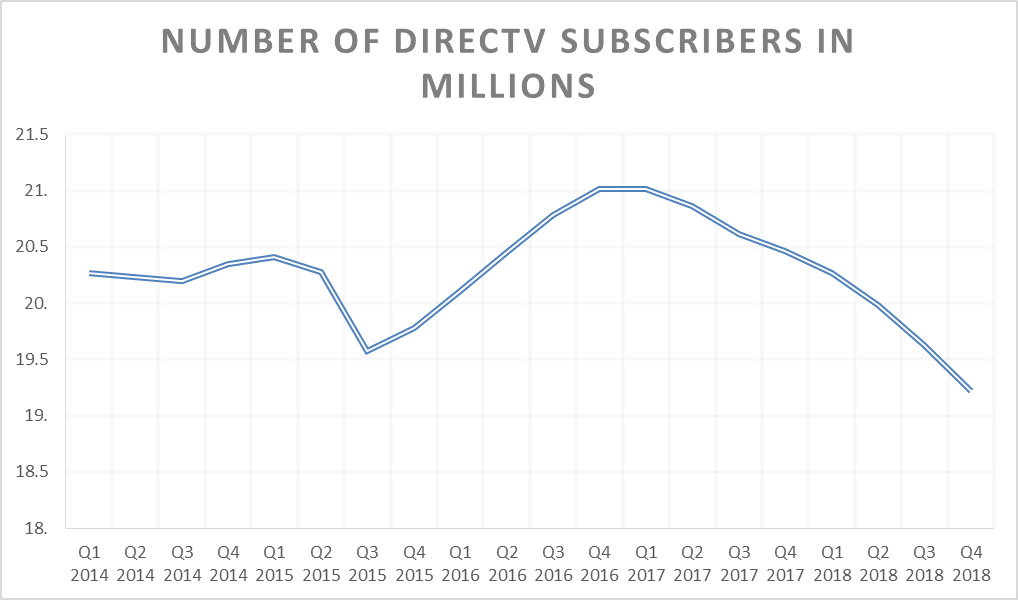 It seems pretty clear that investors were fleeing AT&T in the fourth quarter at an overwhelming pace for a reason. Investors will find out if they are right or wrong perhaps as early as this week.