Occidental Rides Out a Rocky Road

Occidental Petroleum Corp. (OXY) has seen a rough start to 2020, displaying a likely downward turn on the WhaleWisdom Heatmap at the end of the first quarter. As of April 10, 2020, Occidental’s stock had decreased by approximately 67.5% in comparison to the S&P 500’s loss of about 17.6% from its 2020 highs.

Approximately eight months earlier, Occidental had acquired Anadarko Petroleum Corp. (APC). This acquisition did result in Occidental taking on more debt, but it also brought the potential opportunity for increased value for shareholders. Occidental’s management viewed the purchase as a successful and strategic business decision; however, some investors and analysts saw it as an expensive risk. It’s unfortunate that despite the promise of that acquisition, shares have dropped so dramatically this year, due in large part to external factors in the oil market. Key factors have included tensions between Saudi Arabia and Russia, as well as an unexpected decrease in demand related to COVID-19. 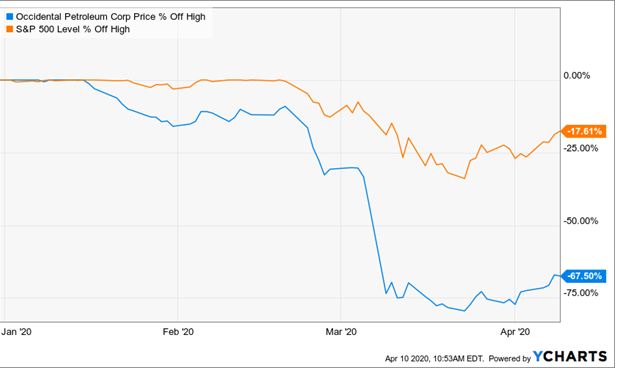 Institutions overall were selling the stock, with the number of aggregate 13F shares decreasing by approximately 1.6% as of December 31, 2019, to roughly 690.6 million from 701.6 million three months earlier. The outlook was drearier when looking at hedge fund activity, as these funds decreased their total 13F shares by about 11.5%, bringing shares down to approximately 148.0 million from 167.3 million.

Also, Occidental had a fourth quarter heat map rating of thirty-four. Occidental saw 32 hedge funds create new positions, and 54 add to existing ones, 45 close out their holdings, and 86 reduce their stake. 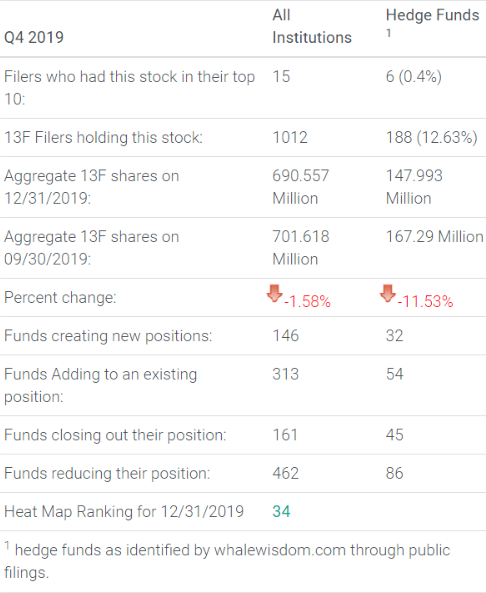 Much like other companies in its industry, Occidental has been deeply affected by the recent global COVID-19 pandemic and hoping for U.S. government aid to get the industry through this period of unprecedented demand destruction and unsustainable pricing. 2020 estimates include a loss of non-GAAP earnings per share of approximately $3.63 and the potential for narrowing its decline in 2021. Meanwhile, analysts have cut their average price target to $17.09 per share. 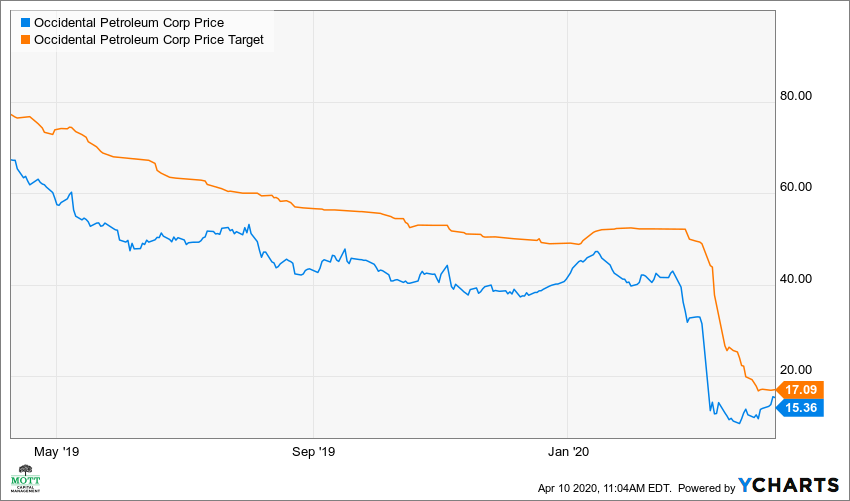 While many investors are selling or reducing interest in the stock, the faithful see the merit of risk-taking, as waiting out current economic factors could prove worthwhile. Occidental’s stock has been under a lot of pressure in recent years due to weaker oil prices, and its acquisition of Anadarko could pay off if oil prices and the economy stabilize.