Perceptive Advisors, LLC scored big this past week when it was announced that Pfizer Inc. (PFE) was buying Array BioPharma Inc. (ARRY) for $11 billion. Array’s stock rose by more than 50% on June 17 following the announcement. Perceptive is run by Joseph Edelman, which started a new position in Array in the first quarter of 2019.

The move by Pfizer to purchase Array will help to broaden Pfizer’s cancer pipeline. Pfizer is buying Array for $48 per share, a nearly 62% premium to the stock’s closing price of $29.59 on June 14. The deal is expected to close in the second half of 2019. 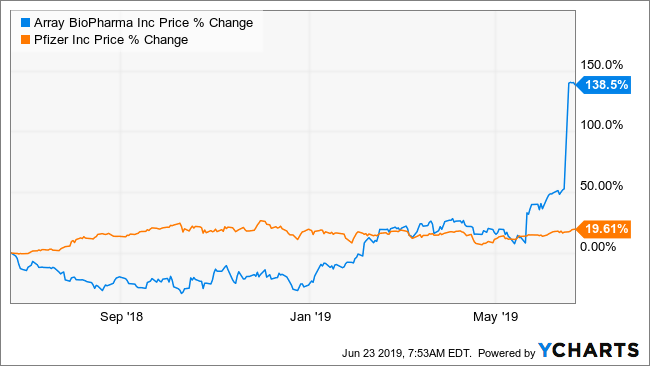 Perceptive purchased nearly 4.3 million shares of Array in the first quarter, worth almost $105 million. It made the stock the eleventh largest holding in the firm’s portfolio. Based on Array’s closing price on June 21 of $46.20, the value of Perceptive’s position rose to $195.4 million. It gives Perceptive a profit of nearly $90 million and a gain of 90% in under 3 months.

In Need of Growth

Pfizer needed an acquisition. The company has struggled in recent years to grow its revenue. Since July of 2016, Pfizer’s revenue has increased by just 3% on a trailing twelve-month basis to $53.9 billion. Additionally, growth for the future was looking bleak too. Analysts were forecasting revenue to grow by just 5% over the next three years to $56.3 billion.

Waiting for the Benefits

The bad news for Pfizer is that the deal is expected to be dilutive to earnings in 2019 and is not expected to be accretive until the year 2022. It means that over the short-term, the Array deal isn’t likely to help boost Pfizer’s growth prospects. 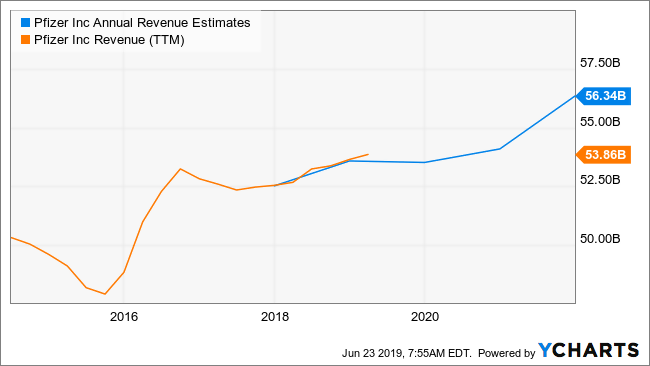 Array currently has two drugs on the market for melanoma, BRAFTOVI and MEKTOVI. Additionally, the company is working on a Phase 3 trial for the treatment of colorectal cancer.

Pfizer is taking a long-term view buying Array, hoping that the company will deliver significant growth in future years. However, Perceptive has the good fortune of being able to cash out early and is reaping the reward in a short period of time. It turned out to be a good bet for Perceptive; only time will tell if Pfizer will have the same luck.