Netflix, Inc. (NFLX) underperformed the S&P 500 as it faced slower growth. Netflix’s shares dropped roughly 57.6% as of April 2022, compared to the S&P 500’s gain of around 3.3% over the past year. The market saw stocks drop overall as the Federal Reserve discussed raising interest rates to subdue inflation. Hedge funds were actively selling Netflix’s shares, and the stock slid on the WhaleWisdom Heatmap to a ranking of sixteen from eight.

Netflix is an internet subscription streaming service and production company. It offers a library of movies and television episodes for customers to stream globally. Netflix also sends subscription DVDs by mail across the United States, though paid streaming memberships represent the bulk of Netflix’s revenue. Netflix obtains content from various production studios through revenue sharing agreements, fixed-fee licenses, and direct purchases. The streaming provider also offers original productions that have gained great appeal, especially during the coronavirus pandemic when consumers spent more time at home. However, despite the popularity of Netflix Originals, the company has faced increased competition, lost revenue from password sharing, and changing consumer habits as the pandemic begins to wind down; this resulted in a decline in subscribers and decelerated revenue growth. 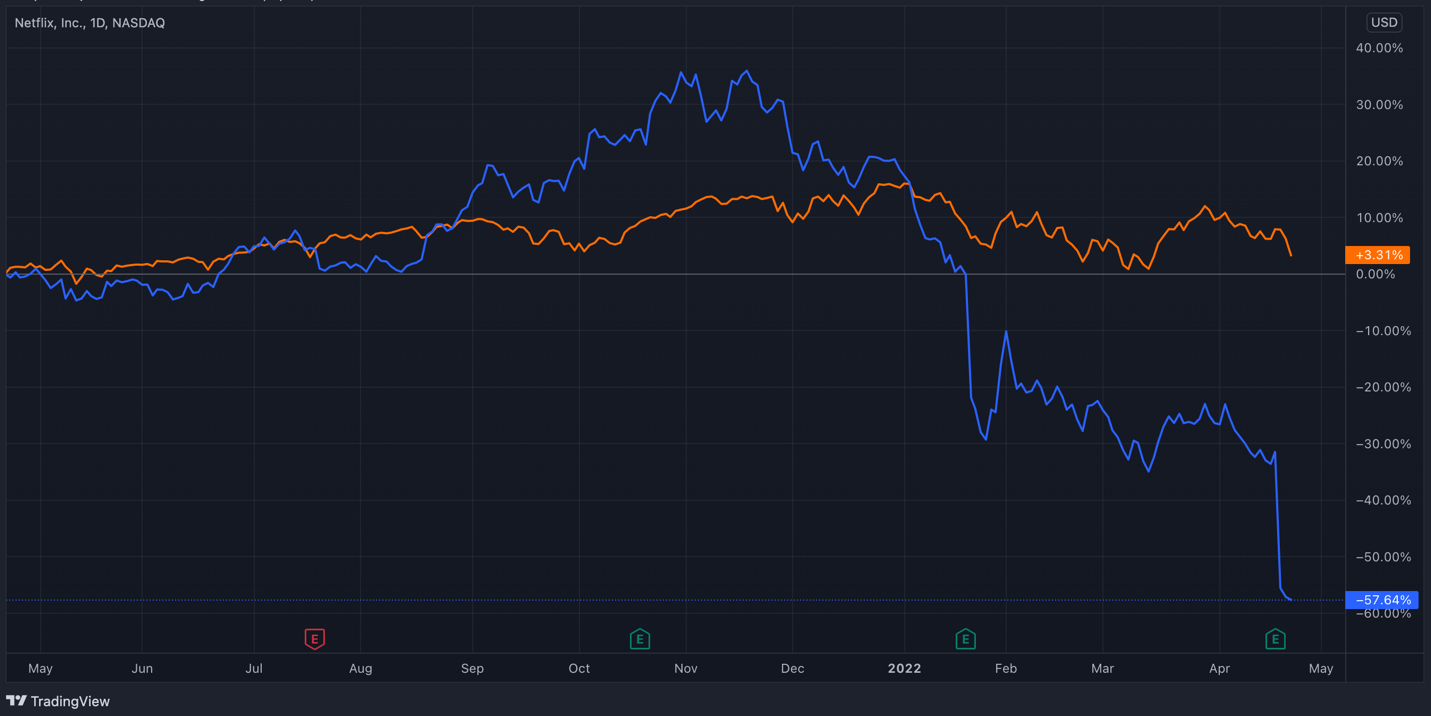 Netflix recently shared plans to modify its subscription-only model to incorporate advertising and be more aggressive in responding to non-paying customers. One of the noteworthy reactions to Netflix’s subscription decline came from Pershing Square Capital Management. Pershing Square released a letter to investors last week explaining that the hedge fund had sold its entire stake in Netflix due to Netflix’s drop in subscribers and Pershing Square’s loss of confidence in predicting Netflix’s long-term financial prospects. While Netflix remains one of the largest streaming service providers globally, recent challenges and Pershing Square’s investment departure highlight the importance of the company implementing swift strategies regarding content, pricing, advertising incentives, and ensuring user accountability.

Hedge funds were selling in the fourth quarter of 2021, and the aggregate 13F shares held decreased approximately 1.1% to about 71.6 million from 72.4 million. Of the hedge funds, 68 created new positions, 164 added to an existing holding, 44 exited, and 113 reduced their stakes. In contrast, institutions were buying and increased their aggregate holdings by about 1.0% to approximately 360.0 million from 356.2 million. 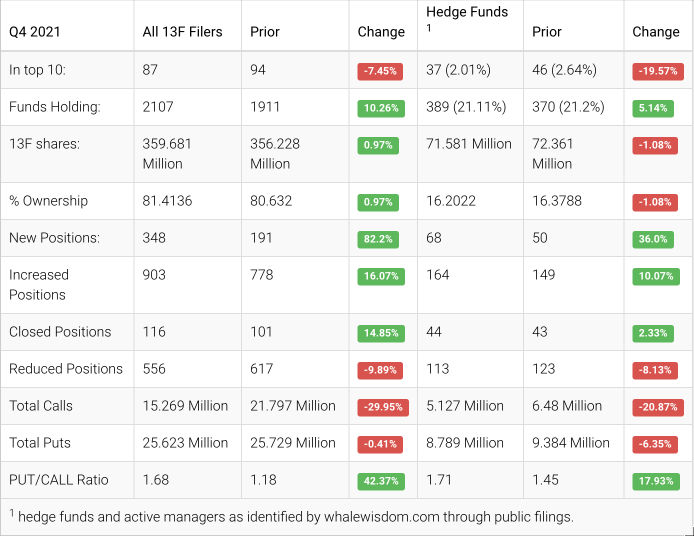 Analysts expect to see earnings rise to $10.97 per share by December 2022 and $12.62 by December 2023. Revenue estimates also offer encouragement, with predictions of approximately $35.8 billion by December 2023, up from an estimated $32.4 billion for December 2022. The 13F metrics through 2022 reflect a recent dip in stock price, while the trend for portfolio holdings demonstrated steady improvement before recently leveling off.

Following first-quarter results, many analysts lowered their price targets on Netflix. Analyst Jason Bazinet of Citigroup lowered the firm’s price target on shares to $295 from $450 while maintaining a Buy rating. Bazinet also noted that the recent selloff of shares doesn’t appear to reflect Netflix’s business improvements. Edward Jones analyst David Heger recently downgraded Netflix to a Hold from a Buy rating due to post-pandemic subscriber losses and decreased expectations for future growth. Truist analyst Matthew Thornton kept a Hold rating on shares while lowering the firm’s price target to $300 from $409. Doug Anmuth of JPMorgan dropped the firm’s price target on Netflix to $300 from $605 and downgraded the company from a Neutral form Overweight rating. Anmuth forecast much lower 2022 net subscriber estimates and that beyond Netflix’s new lower stock price, there was not much to be excited about.

While Netflix has its share of business challenges, many analysts are still optimistic about its long-term growth. Earnings and revenue estimates through 2023 are favorable, and Netflix appears to have begun tackling revenue loss from password sharing and pursuing revenue opportunities from cheaper ad-supported subscription plans. Netflix’s lower price is worth investors’ attention with the understanding that the company’s rebound may require the patience of those interested in longer-term opportunities.