Square (SQ) Inc. was one hot stock among the investing community in the first quarter, with shares soaring by over 33%. As a result, the equity landed on WhaleWisdom’s heat map at number 1 and was included on the WhaleWisdom WhaleIndex 100.

The first quarter come back was likely spurred by the fact that the stock fell by nearly 43% in the fourth quarter. The significant pullback resulted in the stock falling to its lowest levels since May 2018. It was likely one reason why hedge funds were aggressively buying the stock during the first quarter as it began to rebound.

The heatmap is determined by tracking the activity of the top 150 hedge funds used in the most recent WhaleScore calculation. For the first quarter, 21 of the 150 funds held the stock in their portfolio, while 4 had the shares within there top ten holdings.  In total, 18 funds increased their positions, while only 2 decreased their holdings.

In general, hedge funds were buying the stock, with the total number of 13F shares increasing to 22.1 million from 18.4 million in the prior quarter. In total, 28 funds created new positions as 23 added to existing ones. Also, 28 funds reduced their holdings as 9 closed them out completely. 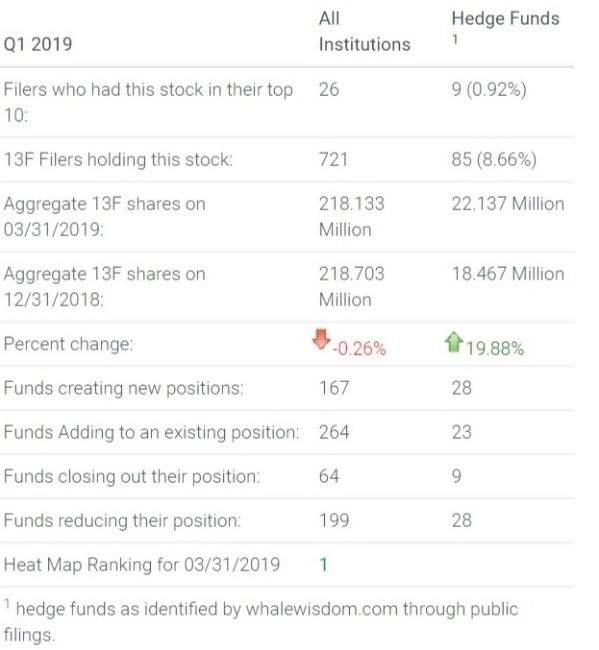 Square’s hot start has cooled some in the second quarter, as shares have dropped by about 12%. The company reported underwhelming fourth quarter results at the beginning of February, and that turned the momentum in the stock. That was followed by better than expected first quarter results on May 1, with earnings of $0.11, 40% higher than analysts’ estimates. Revenue was also substantial at $489.05 million, about 2% better than forecast.

However, the company gave weaker than expected second quarter guidance, and that has caused analysts to reduce their earnings forecast by 14% to $0.16. Meanwhile, revenue estimates have remained unchanged at $558.04 million. 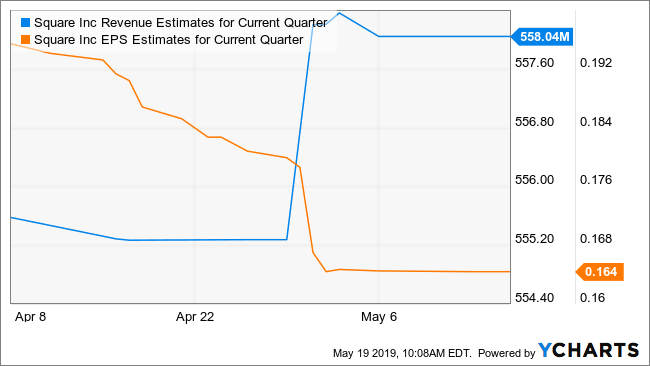 Overall, one of the main challenges that the stock faces is its valuation at 58 times 2020 earnings estimates of $1.13 per share. The company is forecast to deliver earnings growth of 61% in 2019 and 49% in 2020, which does help to support that high multiple.

The high valuation is one reason why the stock is likely to continue to see an ebb and flow of activity from hedge funds in the coming quarters. The company offers the opportunity to generate significant profits for investors, but it comes with a heightened risk.