The Baker Brothers Are Having One Amazing Year

Shares of Seattle Genetics Inc. (SGEN) have soared by more than 81% in 2019, while Acadia Pharmaceuticals, Inc. (ACAD) has seen its stock rise by more than 150%. With the two stocks soaring, so too has the Baker’s profits.

At the end of the fourth quarter of 2018, the Bakers held 51.0 million shares of Seattle Genetics, with a market value of about $2.9 billion. The stock has soared since the end of September, following the reporting of positive data on two of its cancer drugs in development. Currently, the stock trades for around $102.70, which is up from $56.65 at the end of 2018. Despite selling about 990,000 shares in the second quarter of 2019, the Bakers still own about 50 million shares worth an approximate $5.1 billion, a profit of nearly $2.2 billion. 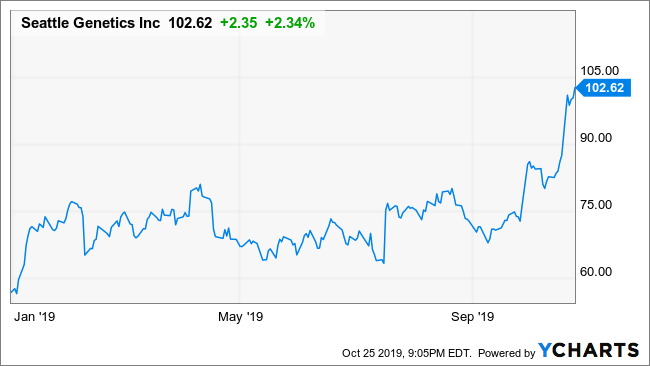 Acadia Pharmaceuticals’ stock has jumped even more. The Bakers held 39.7 million shares of Acadia at the end of 2018, a position with a market value of about $642 million. Shares of the bio-pharmaceutical company have risen from roughly $16.15 to $41.55 on October 25. The stock took a massive leap higher in early September, after the company announced positive results for its drug in development for dementia-related psychosis. Not only that, but the Bakers bought more shares of the stock in a secondary offering following those positive results, increasing their stake in the company to 41.1 million shares, while the market value has soared to around $1.63 billion. Of course, not all of the $1 billion gain is profit, because the Bakers bought more stock, but this is still a massive gain.

Overall, it is hard to deny that the investment advisor is having a stellar year. Not only that, but the firm’s second-largest holding, Incyte Corp. (INCY), is having a decent year too, up by more than 22%. Meanwhile, Alexion Pharmaceuticals Inc. (ALXN) is up about 8% and BeiGene Ltd. (BGEN) is down about 1% to round out their top 5 holdings.